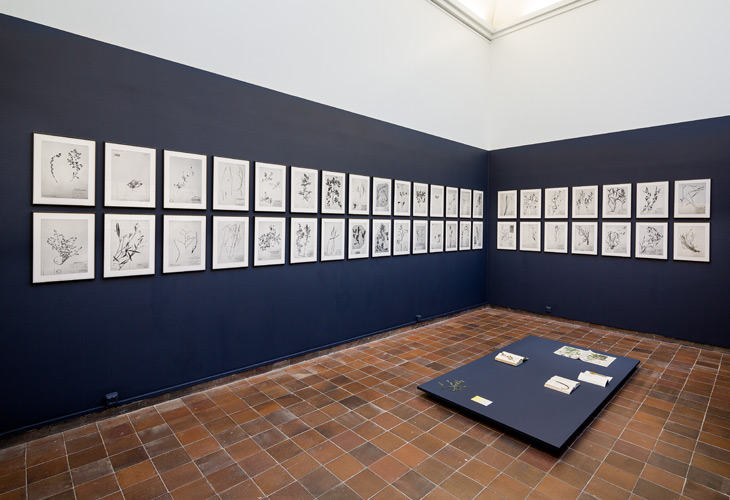 Courtesy of the artist; gb agency, Paris; and produced in collaboration with Malmö Konstmuseum. The photogravures are printed by Master printer of Fine Arts, Mette Marott, and the herbarie material has been photographed at the Botanical Museum, Copenhagen.

Pia Rönicke's new work The Pages of Day and Night started developing last year when she read an article about the war in Syria, and how “80 percent of the valuable crop seeds kept in a gene bank in the Syrian city of Aleppo have been shipped to the Global Seed Vault in Svalbard for safekeeping.” Earlier this year the artist started looking into the herbarium in Copenhagen. She did a cross-search between plant samples collected during the Danish Arabia Expedition to Egypt, Arabia, and Syria in the 1760s with the species that were recently sent to Svalbard, Norway, from Aleppo. Rönicke found a vast collection of plant material from that time until today. The herbarium of pressed plants comes with notes on the date and location where the sample was taken and, like a journal, it records what is slowly disappearing and becoming something else.